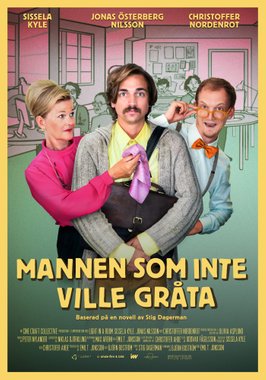 The man who wouldn't cry

A man tarnishes the company's reputation when he refuses to mourn the death of a beloved actress and now his professional and social life is in jeopardy.

Light in a Room

«Believing their co-worker to be a sociopathic monster after not publicly bawling his eyes out over a woman he’s never known, Martin is banished to the archives with star employee Jockum and isn’t allowed to leave until he cries. Björn Boström’s script, adapted from a short story by Stig Dagerman is brilliant in how it frames the vanity of this work culture and its participants.«
—COREY BULLOCH –UK FILM REVIEW

«A curious style and tone that really gives the film a defined personality. A fun little story with an excellent display of dark humour. «

«I thought this was really damn nice. A satire with a capital S. «

«The world of the film is beautifully constructed, with each performance exhibiting finesse and sophistication.«

All awards and selections 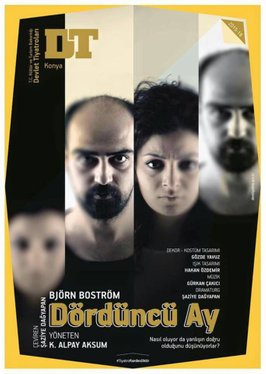 «Similar stories have been widely voiced by our (Turkish) storytellers and writers. The different aspect here is not the external expression of the story, but the writer’s internalized reflection through a filter of deep sensitivity.«

«What impressed me was the Swedish writer's take on the subject using a different perspective. On one hand the man is there as a perpetrator who kills his sister, but on the other hand he is also a victim of the honor killing tradition. We should be able to look at honor killings from this very angle as well«

«The writer simply investigates the answer of the question; can the power of love conquer the power of traditions and honor. « 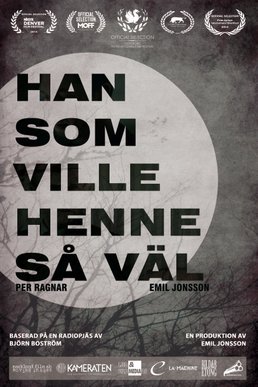 The best of intentions

A vengeful father suspects that his mentally disabled daughter has been the victim of sexual abuse and confronts the caregiver he believes to be guilty.

«The film stars Per Ragnar as the father Kjell, and Jonsson as Jocke the caregiver, both of whom provide stunning yet understated performances. It explores the dangers of even the simplest of misunderstandings and the irrational thought which stems from them, through the nuanced acting, clever dialogue and the sombre cinematography.«

« Brilliantly written, beautifully shot and creepy with a bit of Twilight Zone sprinkled in for good measure. It’s got a rustic feel choosing brown earth tones that are slightly muted to drive the mood of the film.«
— JOSEPH R. DAVIS –WE ARE INDIE HORROR

« The narrative is riveting, emotionally charged, and executed with a subtly building, anxiety-ridden, anger-filled atmosphere, leading to a convincing and markedly effective finale.« 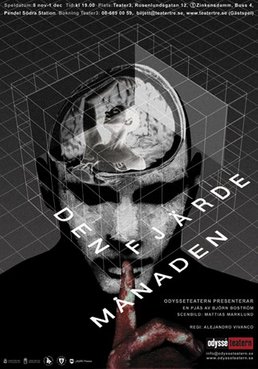 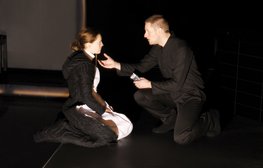 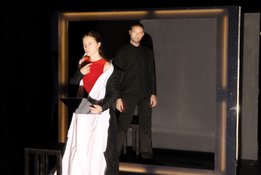 Performances at Teater Tre in Stockholm.

A tour in Stockholm County under the name "Alina-Josef 08" with the County Administrative Board in Stockholm as project manager.

Nationwide tour in Sweden with the County Administrative Board in Östergötland as contributor.

Fall 2009
Performances at The Museum of Ethnography in Stockholm.

The story is centered around older brother Josef’s difficult dilemma between the love for his sister Alina and the family’s fatal demands on her chastisty, a dilemma that comes to a head when the truth about her freedom-seeking life is revealed.

«The brother and sister are portrayed powerfully, sometimes violently. /… / The perspective is that of the perpetrator: unusual, stylish and smart. «

«With logical certainty, without deviations, the play approaches its culmination where the author easily and effectively ties the story together. Den fjärde månaden is a well-constructed piece that brings forth an urgent message and the two actors are very convincing. A powerful drama, sincerely recommended.«

«Honor violence seen from every angle. «

«I was at the edge of my seat, with tears in my eyes.

/…/ I had never expected a journey like this. The story moved forward through flashbacks backwards and not until the end did all the pieces fall into place. /…/ In the end, it felt more genuine than I could believe. And most importantly, this is a play that moves you. Do you think you're tough? Go see Den fjärde månaden and we shall see. «
—JULIANA ALONSO -  TIDNINGEN CHILI

«Anders Berg depicts the perpetrator who roars in grief and confused anger before Tuvalisa Rangström, whose shape of love shines, dignified, irrepressible in transparent certainty... Incredibly powerful, it is pointed out afterwards in the audience discussion. Yes.«